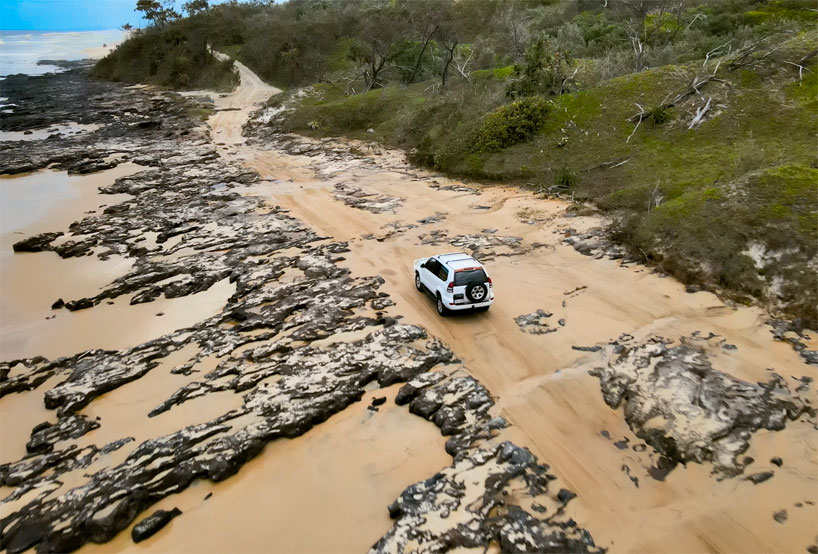 World Heritage listed in 1992 Fraser Island is the largest sand island in the world and one of the most unique ecological masterpieces of Australia. With over 120 kilometres of beaches, pure fresh water lakes and ancient rainforests with a multitude of wildlife, there is so much to explore and see. Fraser Island’s traditional owners, the Butchella people, call this place ‘K’Gari’, which appropriately means paradise.The island was named by Europeans in 1836; after Eliza Fraser in remembrance of her dramatic shipwreck.

K’Gari (Fraser Island) was formed over the last 2 million years. Ocean currents and waves have swept sand north from New South Wales and southern Queensland; sand accumulates and covers the bedrock to form dunes parallel to the coast. K’Gari (Fraser Island)is the remnants of old sandmasses that once stretched 30km east.

K’Gari (Fraser Island) is located on the Queensland Coast in the Wide Bay region; roughly 300km from Brisbane. The most direct access to the Island is by guided tour, chartered aircraft or 4×4 vehicle from Hervey Bay. There are no bridges connecting the Island to the mainland; you’ll have to catch the car ferry or an aircraft to get to this remote paradise. The best way to see the most of this special and unique Island is by driving your own 4WD on sand tracks throughout.

Our Camping Package is a one stop shop for you to escape to Fraser with a 4WD, camping equipment, barge transfers and permits.

Our Essentials Package is perfect for when you just need the 4WD and barge transfers to get your adventure started.